One of the most important steps in ensuring a successful geothermal installation involves flushing, filling and purging of the loop system. When and how you do this can mean the difference between a well-installed system and one destined to be plagued with problems. 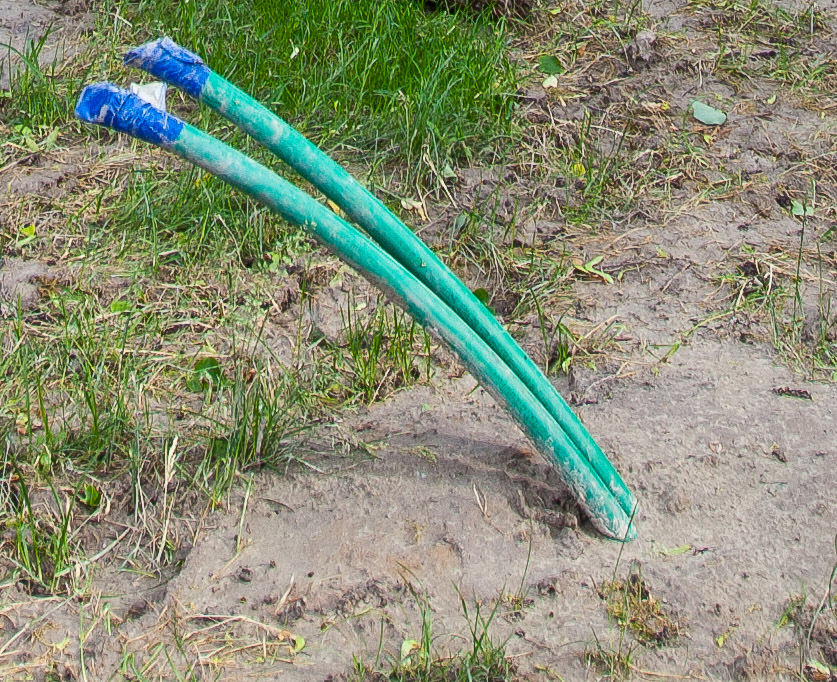 Grouting is a critical success factor when dealing in cases of vertical or horizontally bored geothermal loops. This essential step should be completed as soon as the pipes are inserted in the holes. Waiting a day or more to complete this task is prohibited and can lead to environmental and thermal conductivity issues down the road as proper grouting provides the all important environmental surface barrier and thermal connection between the pipes and the ground surrounding it.

Grouting from the bottom of the bore hole to the top ensures that the entire space between the pipes and the ground is sealed and prevents any environmental contamination of the aquifers. Those who elect not to grout, or do so from the top only, run the risk of creating air gaps that will prevent the grout from getting to the bottom of the bore hole and the loop pipes from connecting consistently with the ground throughout the system, rendering it ineffective.

Once installed, the pipes need to first be water filled and properly flushed to prove circuit flow, then pressure tested and checked for leaks before any freeze protection, if needed, is added to the system. Poor loop design and lack of planning can make this a very difficult task. In order to remove all trapped air from the now completed loop system, a critical minimum flushing velocity of 2 feet per second per circuit or greater is required. Geothermal specialists often install multiple vertical or horizontal loops in parallel to each other, further complicating the process of filling and flushing.

For example, the 10 USG per minute pump required to flush 1 ¼” pipe will need added horsepower as the total length of the circuit is increased to offset the additional pressure drop while still maintaining the same flow rate. Adding multiple and equal parallel circuits will require additional gallons per minute at a rate of 10 gallons per minute per circuit, while maintaining the same head pressure characteristics. The ideal flush pump for residential and light commercial jobs is likely in the single phase, 2hp multistage range, producing 50 gallons per minute or greater and developing 100 feet of head. The idea, of course, is to get in and get out quickly with the job well done the first time.

Whether you’re designing a residential or commercial geothermal installation, make sure your plans include adequate land to run enough pipe in the ground to support the size of the heat pump installation. Subsequent loop design and a flush pump capable of generating the critical velocity needed to flush the air out of the system will increase your profitability and reduce unnecessary frustration.

Several years ago, I completed a commercial project in Nova Scotia that featured 360 circuits of ¾” pipe, meaning I needed 1500 gallons of water per minute against 35 feet of head to fill, flush and purge the air out of the system. Or did I? You can’t find a pump to generate that kind of power just anywhere, so it’s important that you think through the design ahead of time to ensure you have the right equipment on hand and great header design when it’s time to flush the system. Proper design lead us to flush this system with the pump described above.

A step mentioned earlier is pressure testing the system once the installation is complete. Geothermal pipe pressure ratings generally run from 125 to 160 psi in the standard 3608 resin and 185psi for high density PE100 high performance resin. Normal system working pressures are another story often found in the 35 to 50 psi range. Always hydraulically pressure test at twice the system working pressure while staying within the overall pressure rating of the particular pipe. This will generally satisfy inquiring minds, although testing at the full pipe rating pressure of the lowest rated component will also work.

From a safety perspective, it’s important to pressure test the system hydraulically with water rather than pressure test with air. Not only is testing with water safer, it’s also more effective than air indetermining and locating leaks.

Fusion welding is the only acceptable method of joining outdoor geothermal connections and as a result of being fully trained in HDPE fusion welding, you shouldn’t find any leaks . . . ever. If you’re keen on doing the welding yourself, you’ll want to get a hold of Welder combo machines in order to get the job done. However, it’s prudent to test all pipe connections in case something was accidently damaged during installation or burial. Be sure to pressure test the system both before and after burying the pipes. Stan says “When in doubt, cut it out!”.

One of the key things to keep in mind about geothermal pipes is that they are made of polyethylene which means they can stretch under certain temperature conditions. This can lead to misinterpretation of the pressure readings. If pressure testing over a short period of time, you may see the pressure drop and assume you have a leak in the pipe, when in actual fact, the pipe is stretching. For this reason, it’s important to conduct pressure testing over a longer time period. Be sure to pretension the loop with hydraulic pressure before taking final pressure measurements.

As the pipe stretches, you may also notice grout coming out of the ground implying a leak, but it is really just the pipe stretching. Once pressures are stabilized and you have passed the required test, when you reduce the pressure on the system the grout will likely settle back into place.

These important installation principles apply on both commercial and residential projects and on all types of loop systems including vertical, horizontal, lake or pond loops.

Every contractor wants the geothermal system they install to be a success. By following these few simple steps, your clients will have a relatively maintenance-free system they can rely on for years to come. Contact your Geothermal Specialist for further information!

Stan Marco is a well-respected and highly sought after geothermal knowledge expert and educator. He is an active member within the ground water community, is a board member with the Canadian GeoExchange Coalition and is Co-founder and CEO of GeoSmart Energy & GeoSmart Drilling Services.

No images found!
Try some other hashtag or username